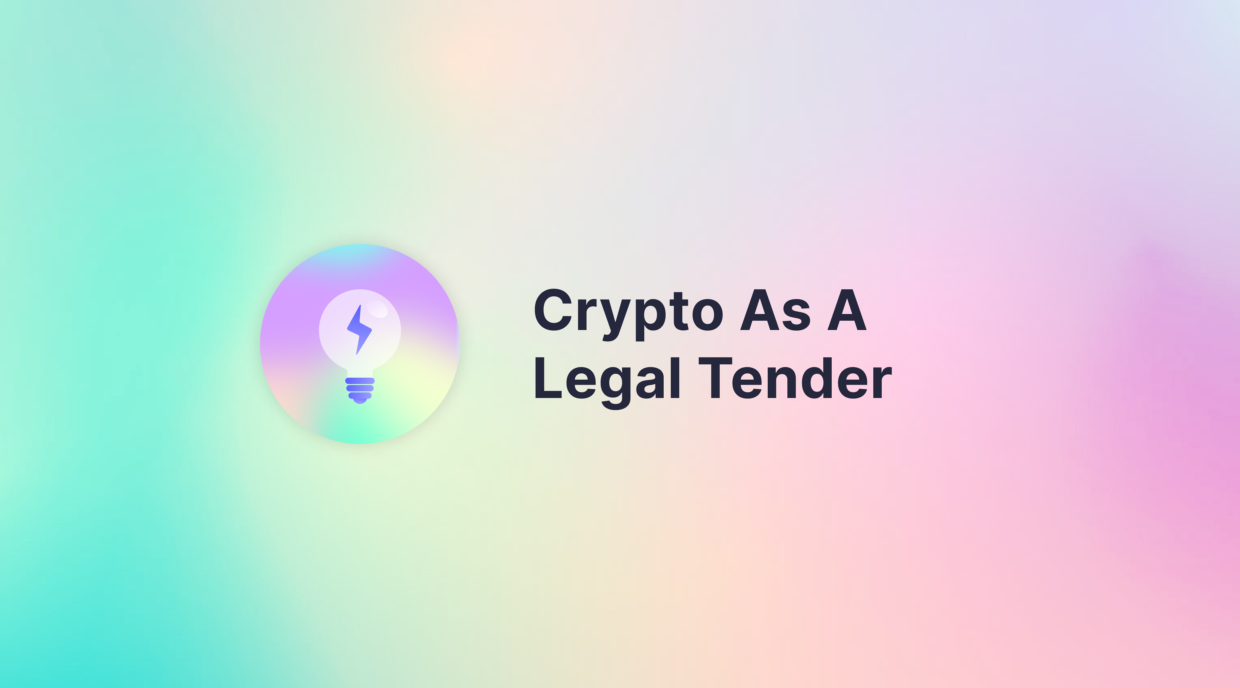 Last year was the first time a country accepted Bitcoin as an official currency. So far Bitcoin remains the only cryptocurrency that has been used in this way and has been integrated into the mainstream economy through government, but this opens the doors to an interesting scenario.

In September 2021 El Salvador became the first country worldwide to adopt Bitcoin as an official currency alongside the US dollar. Just last month in April 2022, the Central African Republic became the second country to do this and now operates with Bitcoin alongside the Central African CFA Franc. CEO Nigel Green of deVerre expects that more countries follow in El Salvador’s wake, including Panama, Paraguay, Honduras and Guatemala.

Why did El Salvador make Bitcoin a national currency?

Countries like El Salvador suffer because their local currencies are vulnerable to market changes that can trigger inflation rates to rise at alarming rates. For low-income countries, this can be detrimental to local economies and struggling communities with high poverty rates. Some countries also then become reliant on first-world currencies like the US dollar for greater financial stability.

El Salvador dollarized their economy in January 2001 to stabilise inflation in the country’s struggling financial climate. And then in September 2021 they announced the adoption of bitcoin as a joint currency alongside the Dollar. The introduction of Bitcoin in El Salvador by their President, Nayib Bukele was done with intentions to help boost the economy, give citizens more access to financial services and lower the needs for remittances with high tax rates.

A pilot project was set up in El Zonte called Bitcoin Beach where a generous donation of Bitcoin was accepted to facilitate the town to adopt bitcoin in its local economy. Where the majority of people there do not have access to bank accounts, the project mission is to not only give access to Bitcoin services but also use the opportunity to educate the communities and younger generations about its uses to create a sustainable local Bitcoin ecosystem. It is a locally lead initiative with US non-profit donations that has renourished this town and allowed the people to use Bitcoin for real life payments and transactions through the lightning network.

Since Bitcoin Beach was started in 2019 it has shown great promise for other communities to use Bitcoin in a similar way. It is hoped that Bitcoin now being a nationally accepted currency will mean people might have more financial autonomy and access to services within the country.

Have any other countries also adopted Bitcoin?

In April 2022 the Central African Republic (CAF) became the second country to make Bitcoin an official currency in El Salvador’s wake. The county’s president supported this change with hopes to improve the financial and living conditions for citizens, and to open up new opportunities, as the CAF is one of the poorest countries worldwide. Despite being rich in natural resources such as diamonds and uranium, the CAF population suffers from the effects of political instability, poverty and violence.

Beyond the number of countries thinking about or fully adopting Bitcoin, could other cryptocurrencies also be used in a similar way? In April last month the Economic Secretary to the HM Treasury John Glen announced at the global financial summit that the government is mapping out its move for the UK to become a crypto friendly environment. He also stated that it is planning to adopt “stablecoins” as legal tender. The Chancellor of the Exchequer Rishi Sunak says it is his “ambition to make the UK a global hub for crypto asset technology”. Further details on how this might be put into place, and which stablecoins could be put forward to be officialized currencies has not yet been published but we would expect that this will be in government agenda very soon.

The idea behind adopting stablecoins and perhaps not Bitcoin is to promote safe and efficient currencies that are pegged to “stable assets” such as the US dollar. Stablecoins also do not suffer from big price fluctuations which might ensure more trust than Bitcoin’s volatility.

Dai is the most used decentralized stablecoin in the world. A very interesting use case takes place in in Latin America, where inflation is a huge problem. Dai momentum was steadily building even before the coronavirus pandemic,  which sent the economy and currency into freefall.

What challenges are being faced?

It's already clear that the countries desperately in need of radical social and financial support for their populations, like El Salvador and the CAF, are those who are taking the step to adopt cryptos as national currencies. These countries have received criticisms from Western media as taking bold and financially detrimental moves by adopting Bitcoin. One of the big points of concern is the accessibility to the internet. In El Salvador World Bank statistics estimated that in 2019 50.5% of its population had internet access. Although Datareportal suggests this may have now increased, for a population to use Bitcoin as a day-to-day currency, a lack of internet access for a significant portion of citizens proves difficult.

It seems the motive for these countries to use crypto is valid. The populations need change and support in many aspects, particularly as lives are so affected by money and resources. In community setups like Bitcoin Beach we can see that the town has been revitalised to engage locals and bring the local economy back to life. If similar projects could be set up in more hubs around El Salvador and beyond, these positive social impacts of Bitcoin could start to be seen more vividly.

For a more long term and stable future though, what the UK is currently proposing for stablecoins to be a nationally accepted currency is very interesting. Although Bitcoin has been around for longer and it is more widely spoken about, the value in stablecoins has not yet reached global conversation. While the UK might be at the forefront of setting up a new financial model with stablecoins integrated at the core, there is still so much more to explore and speculate about.

To learn more about Oasis.app visit: