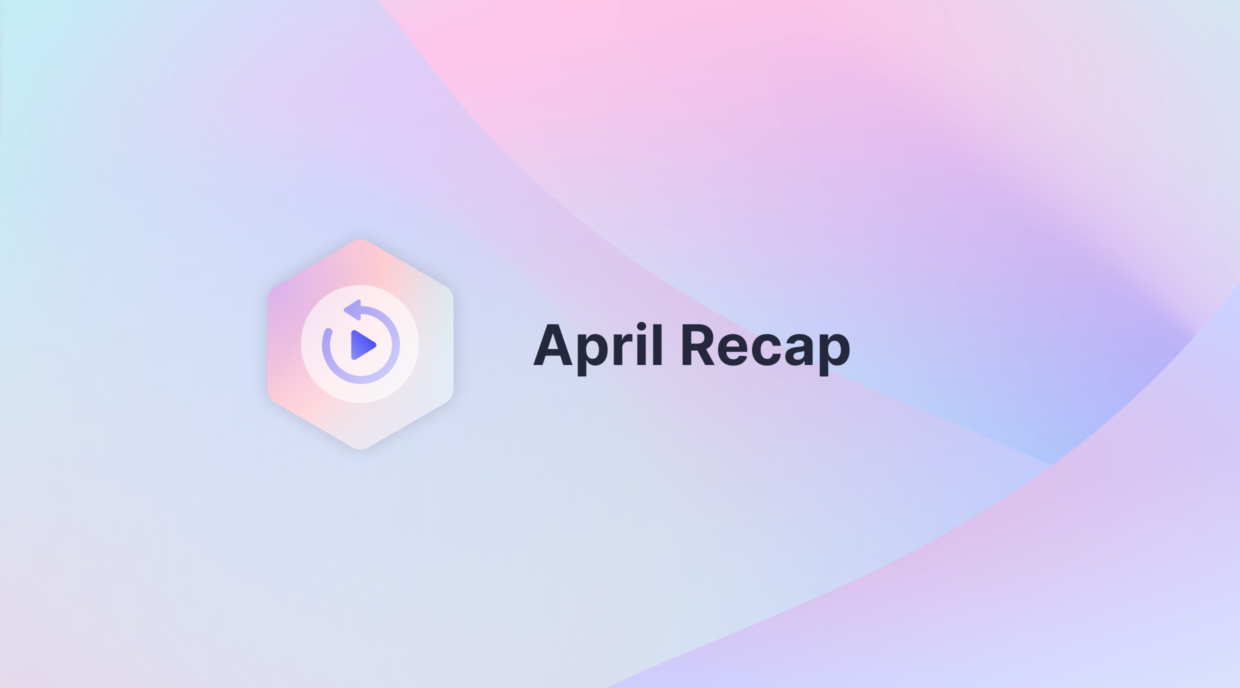 First of all, we are very happy to announce the closing of our Series A funding round of $6M led by Libertus Capital and Road Capital and including other angel investors in the crypto space like: Mariano Conti, Patricio Worthalter, Cyrus Younessi, Sergej Kunz and Anton Bukov and Will Price.

This funding will go toward developing our product, bringing on more people, and expanding our offerings in ways we couldn’t before.

To celebrate the spring season in the best way , the Oasis.app Team gathered in Amsterdam to attend the Devconnect event, a week-long in-person gathering that featured independent Ethereum events, each with a unique focus. The goal was to focus on depth-first sessions rather than size, and to bring the Ethereum community together in smaller groups to talk, learn about, or make serious progress on specific subjects.

This year Oasis.app sponsored DeFi Day and ETH Day by Cryptocanal; the team was involved in several talks along the week (including DEX Conference) and co-hosted an amazing party with Balancer Labs, 1inch, Arbitrum and EPNS in the Heineken Experience. 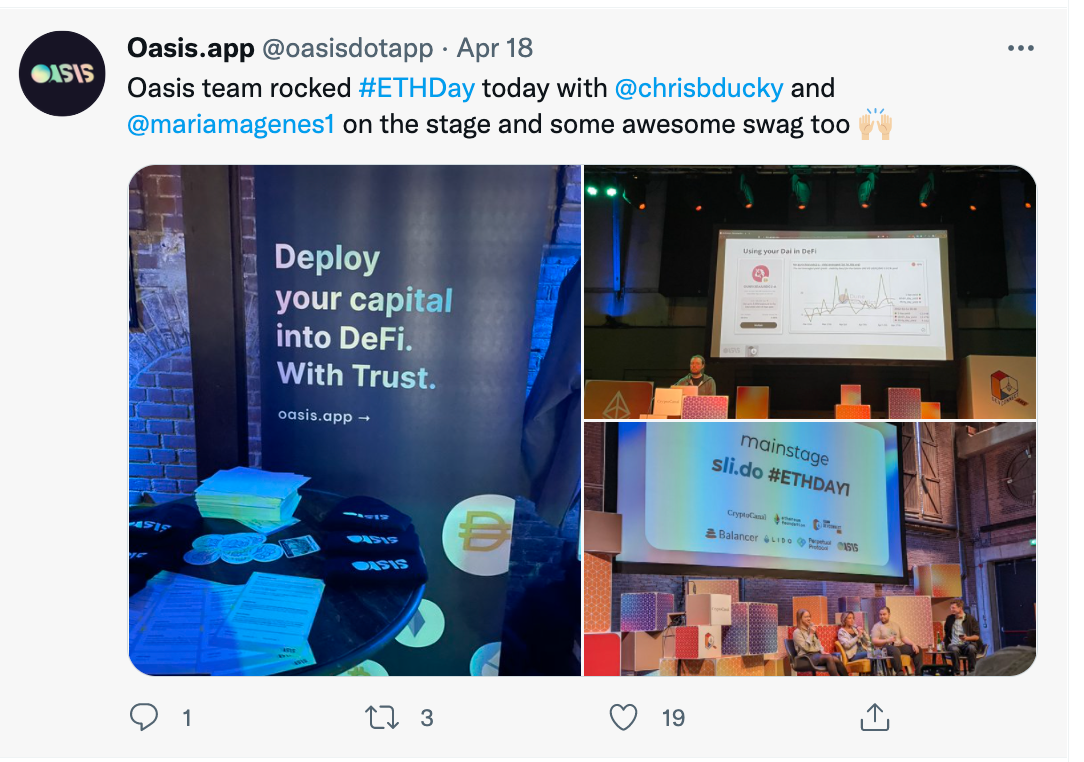 Below we share our key metrics for Oasis.app. Despite the silent silent bear market, we have seen 1.7B volume transacted, and 10.5k active connected users.

New Integrations & PartnershipsWe are proud to announce the integration of Uniswap Swag Widget!

This allows you to swap for tokens directly in the app, and then open your Borrow or Multiply position with the swapped token.

You can read more about it in our blogpost.

We are also very happy to welcome a new member to the Oasis Team! Anna started her career in Psychology and moved into Product Design around 6 years ago. Her background has been in FinTech, previous companies include Revolut and Cuvva. Anna’s interests are all things design, more specifically elegant UI, Design systems and the role of Psychology in design.

"I'm excited to join Oasis.app. The team is super talented and friendly. I’m fairly new to working in Defi and can’t wait to learn more about such an interesting space” For the past 15 years Piotr worked as a front-end dev in several companies. In the last 3 years he held a position of Head of Front-end in a big polish IT company managing a team of dozens of engineers.

“In the end, I didn't see myself in an IT company. I decided to leave and get back into coding. Being with Oasis.app team allows me to do the job I like” Previously built and sold a Peer-2-Peer Lending FinTech before Crypto became mainstream. James has been involved in a number of FinTech's including an early stage Clearing Bank. His interest in the Maker protocol - one of the earliest DeFi protocols and collateralised stable-coins - started in 2017.

"I'm delighted to be part of the team having followed Oasis.app closely for the past two years. It's great to be working with old faces and many new ones. The team is extremely talented."

Help Us Improve: A Quick Survey

As you know we value users’ feedback a lot and we use a feedback based approach to build our app. Thus, we ask for your help and 1 minute of your time: please fill out this super short survey - you can receive our swag!

News From The World

Before we say goodbye, as always we want to share some snapshots of what is happening around us.