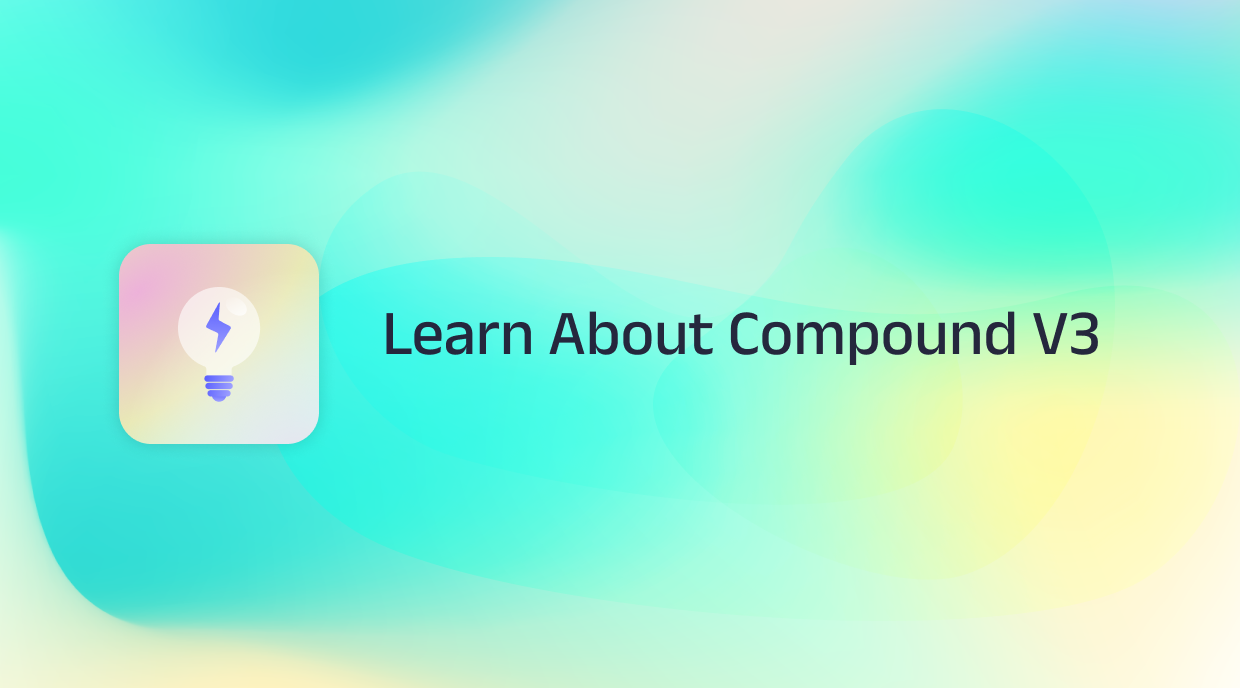 Compound Finance is a gas efficient borrowing and lending platform that allows the borrowing of stablecoins against various collaterals.

Together with MakerDAO and Aave, it is one of the oldest lending protocols in DeFi that was launched in September 2018 as the first user-to-protocol for collateralized borrowing. Compound is ranked as the 8th largest DeFi platform by TVL (Statista, June 2022) and stands at over 1.5B.

The second version of Compound was to introduce portable collaterals (cTokens) in May 2019, along with progressive decentralization that reshaped Compound into a community-governed protocol with the COMP token. Hereafter token holders can vote on community issues and proposals to ensure the projects in the protocol progress, similar to the Maker Protocol. In 2020 the protocol gave up its control of the network’s admin key and the project is now run entirely by token holders through community governance.

In August 2022 Compound launched its new streamlined update Compound III, also called ‘Comet’. Compound III has an emphasis on security, UX and capital efficiency for users. The initial deployment of v3 on Ethereum and the base asset is USDC, but the protocol is designed to be deployed across any EVM compatible network.

The protocol’s new functionality was to transition away from a pooled-risk model, where users are able to borrow any asset. The new iteration introduced ‘segregated base assets’, where users borrow one base asset instead of any asset from pooled sets of assets on the protocol. This new borrowing model facilitates a single borrowable, interest-earning asset, where all other supported assets function as collateral. Accounts can also earn interest by supplying the base asset to the protocol. The objective was to remove complexity, not to add it.

In the pooled model from previous iterations, collateral posted was mixed with other collateral.

For example, if you were to borrow USDC against Ethereum, it was possible that Ethereum could be ‘mixed’ with other available assets. Now in Compound III, users can only withdraw the collateral that they have deposited.

The risk management and liquidation were also redesigned to support the safety of the protocol while still preserving incentives for liquidators.

Since there are separate borrowing and liquidation collateral factors, this model can:

What can you do with it?

Compound provides an option for cryptocurrency holders to lend their tokens to the network and generate income in both COMP tokens and the token that they have provided. In the case of v3, this is the base asset, USDC.

To lend tokens, users send or deposit their tokens into a Compound lending pool and  will receive equivalent cTokens in return. If a user sends 100 ETH for example, they will receive 100 cETH to their wallet to represent their deposit. Other examples of cTokens are cWBTC, cDAI and cBAT. The cTokens can be traded on the network with other users but can only be redeemed for the deposited tokens. Using v3 with the base asset model, this is USDC.

Any user that provides collateral to the lending pools receives a reward, and a portion of the interest for the loan. They will also receive COMP tokens anytime they lend, borrow or withdraw tokens from the pool for network activity incentive.

Borrowing on Compound offers flexibility to settle a trade, or an application, with an asset they don’t already own.

Future deployments will supposedly feature other base assets, like DAI and ETH, along with support from L2 networks.

Now, Compound III continues to emphasize simplicity and safety as the bear market continues, and remains a strong platform for DeFi borrowing.