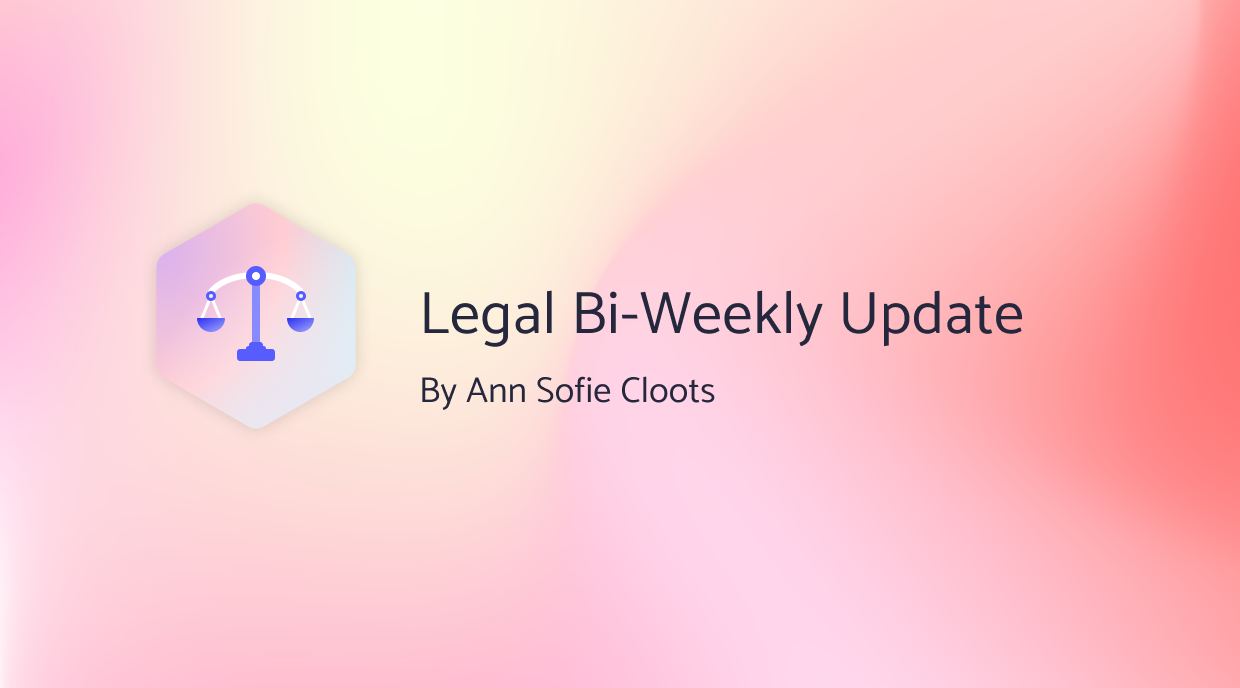 In this new bi-weekly blog we will highlight some of the legal news sides of DeFi and what is happening around the world in the wider crypto environment.

It can be overwhelming to know what to read in the news, what not to read, and where to look. Here, you can find the key points from a variety of topics and articles in the current crypto landscape.

• The European Central Bank published a research note comparing DeFi and TradFi. “If DeFi protocols are not controlled by a central entity or such entities cannot be identified, it is not clear to whom regulations should apply”.

• BlockFi files for bankruptcy in the US and is bringing a claim against FTX founder SBF for shares in Robinhood claimed as collateral.

• The Belgian financial regulator issued guidance on crypto assets and financial market regulation. “If there is no issuer, as in cases where instruments are created by a computer code and this is not done in execution of an agreement between issuer and investor (for example, Bitcoin or Ether), then in principle the Prospectus Regulation, the Prospectus Law and the MiFID rules of conduct do not apply,” it said. Many crypto news outlets interpreted this as a confirmation that Bitcoin and Ether are not securities.

• New York State’s governor signed into law the 2-year moratorium on PoW-based crypto mining. This prohibits any new mining operations that are not based on using 100% renewable energy.

• South Korean lawmaker proposes changes to Digital Asset Bill. The amendments state a particular focus on increasing investor protection. The proposed changes are said to have been introduced to “reflect on the FTX incident and prevent a recurrence”, according to a member of the National Assembly. Exchanges will now be required to separate user assets from their proprietary property, and digital assets operators will no longer be able to “arbitrarily seize” user deposits once they’ve been transferred to a custodian institution.

• Israel’s Ministry of Finance proposes new crypto regulation guidelines. The guidelines call for a new regulatory regime covering the licensing and supervisory powers over stablecoins and other assets. In addition, the proposal would establish an inter-ministerial committee to “oversee the regulation of DAO’s.”

• India’s central bank will start a pilot CBDC this week with four banks in four cities; and later the piIot program is expected to extend across 4 more institutions across 9 more cities. In Europe, meanwhile, France and Luxembourg trial a 100 million euro bond settlement through CBDC.