The Story of Oasis 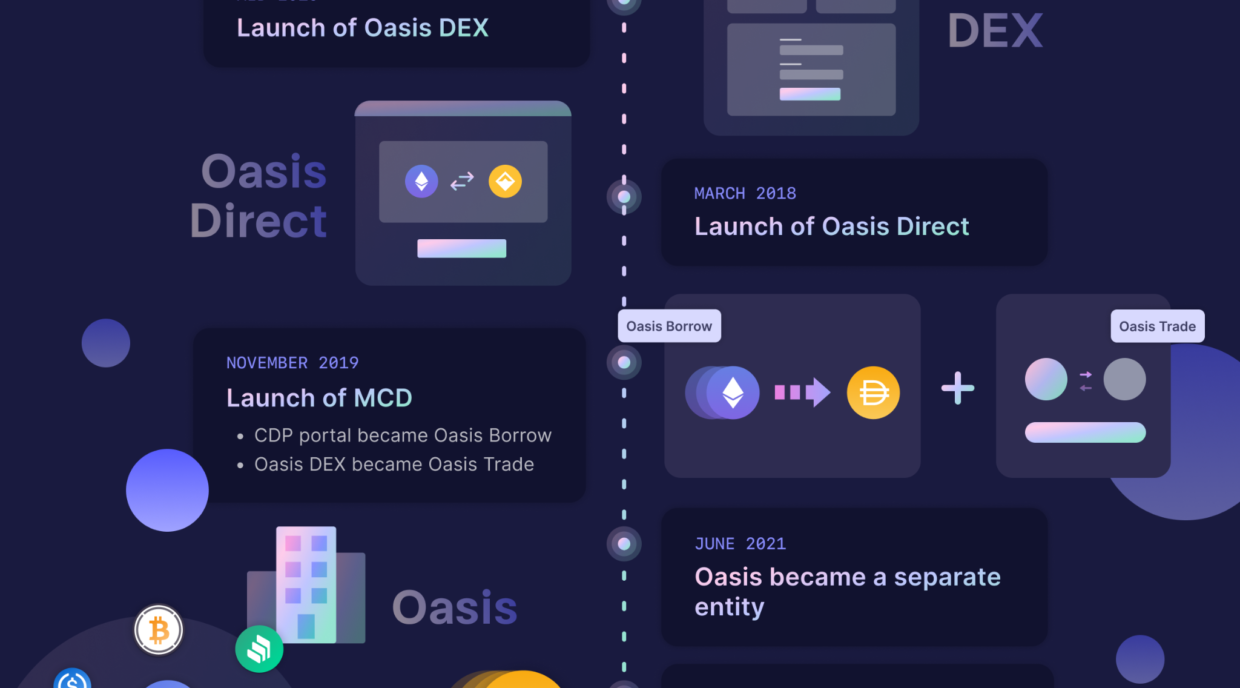 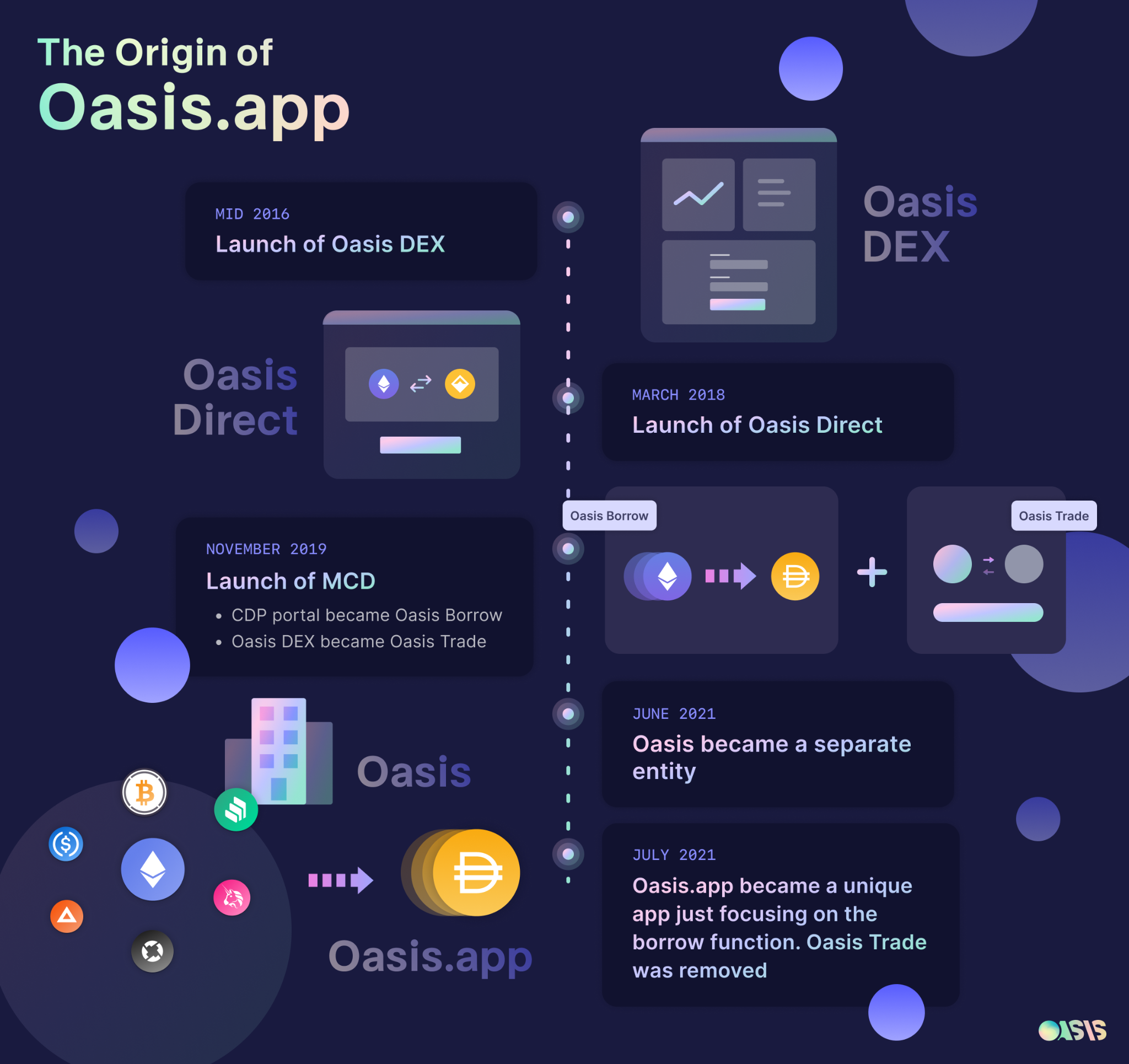 The birth of Oasis: OasisDEX

Even if you may have heard the name Oasis.app just recently, the Oasis brand was born back in 2016, even before the first Maker Protocol, Single Collateral Dai. The first project from MakerDAO that was deployed onto Mainnet was a contract called Simple Market, which was branded OasisDEX, a decentralized order-book based exchange, and the first decentralised exchange on Ethereum. Its main use at the time was to allow the exchange of MKR, the Maker governance token, for WETH.

When the first Maker Protocol, Single Collateral Dai (now referred to as Sai) launched in December 2017, OasisDEX was the first exchange to support the exchange of Sai for both WETH and MKR. In 2018, a new simple to use interface was released, Oasis Direct, which allowed users to swap WETH, for SAI or MKR instantly for the market price. It removed the order book and charts from the UI and simply gave the user the price and amount they would be getting. When it was released it proved hugely popular with users.

In October 2019, the first part of Oasis.app was seen with the launch of Oasis Trade. A new frontend interface to the OasisDEX Protocol that supported a range of new tokens that were to be expected to be supported by the upcoming launch of Multi Collateral Dai (MCD) - the Maker Protocol you know and love today. Oasis Trade brought together both the original OasisDEX trading screens along with the easy to use Oasis Direct functionality under a new tab called ‘Instant’. This meant for users looking to make markets or swap Sai (and eventually Dai) for WETH, BAT, REP and ZRX, it was now easier than ever, and all from the same place.

The next major development came at the same time when MCD was released, in November 2019. The Maker Foundation team decided it was better to have everything related to the Maker Protocol under the same umbrella to improve efficiency and the user experience, and this saw the full release of Oasis.app. It was made up of three main products,  supporting all the Vault functionality under Oasis Borrow, access to the Dai Savings Rate on Oasis Save, and the trading functionality of the OasisDEX Protocol on Oasis Trade. Unlike for Single Collateral Dai, there was no ‘CDP Portal’ and core access to the Maker Protocol was now done through Oasis.app.

Oasis.app leaves the Maker Foundation to become its own entity

In June 2021, as part of the dissolution of the Maker Foundation, development and running of Oasis.app moved out of the Maker Foundation and into its own entity. Day to day, very little changed, with the same team (and more) that was involved in Oasis moving over with it. Importantly though, it started on it’s journey to become the most trusted app in DeFi to deploy your capital.

Oasis.app today looks very different to the version that went live two years ago. Borrow is now the primary product and Dai Wallet, where you can access the Dai Savings Rate and buy Dai with your bank and credit card, is a secondary product.

Over this time, the team has learned a lot, and collected a lot of feedback from both its users and the wider community. Now Oasis is a new standalone entity and there are many exciting things to come - including some brand new features just around the corner.

Get yourself ready and stay tuned!

To learn more about Oasis.app visit: