What To Expect For Your Vault After The Merge? 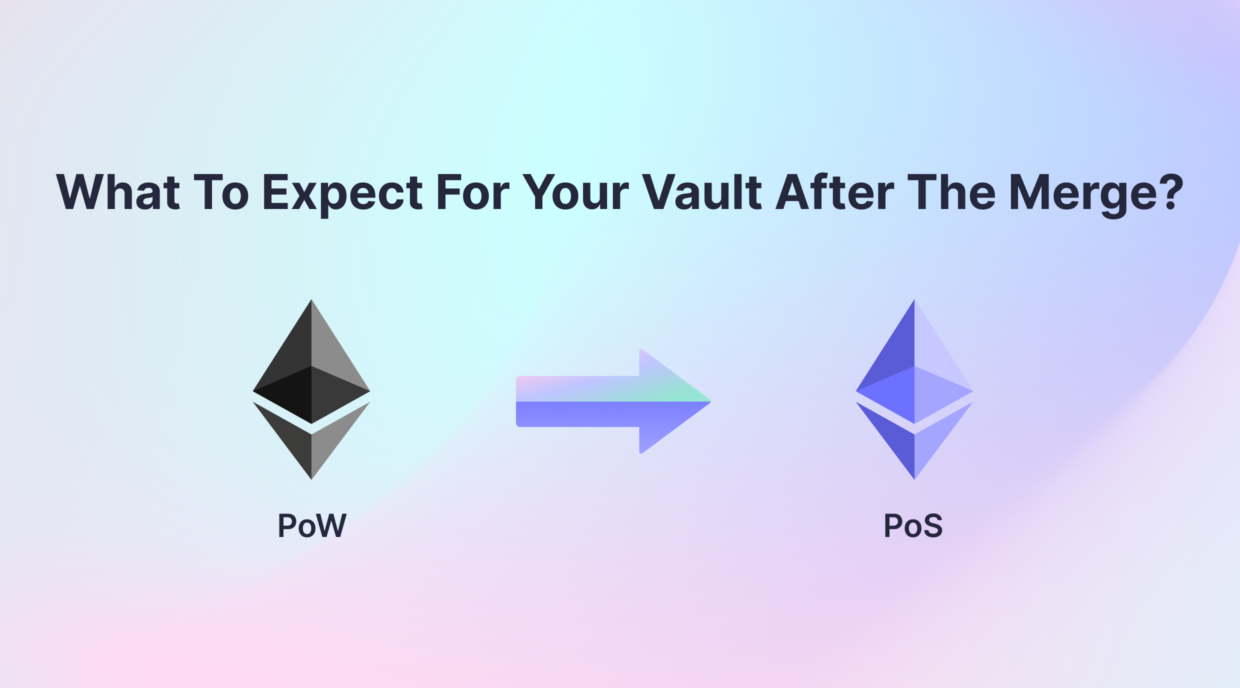 TL;DR: There is no action required to keep using your Maker Vault on Oasis.app before, during & after the merge.

Everyone has been waiting for this moment for quite a while now. And it's finally here! After a successful result on all public testnets, Ethereum's proof-of-stake upgrade is now ready, and The Merge has been scheduled for the Ethereum mainnet when the total terminal difficulty of the Network reaches the value 58750000000000000000000. This means that the upgrade should happen between Sept 10 to 20, 2022. You can track the expected Merge date here

What is The Merge in ELI5?

The Merge is an Ethereum upgrade that replaces traditional mining (proof-of-work) – where powerful computers run and validate the network by solving complex math problems, consuming a lot of energy - and switches to a system where ETH holders can stake it (hence proof-of-stake) in order to validate transactions and move the chain forward.  This is a change in the consensus mechanism, i.e. the means in which transactions are included and confirmed into the chain history.

In this long awaited upgrade , the Ethereum network will use a more secure consensus mechanism (up to 5x more secure) and consume way less power (possibly 99.5% less), therefore becoming a much more efficient and greener blockchain.

Besides the excitement, some users might be wondering what will happen to their Maker Vaults and their Dai once the Merge takes place.

So what to expect from the Maker Protocol and your Vaults?

As explained above, The Merge is an Ethereum upgrade, and the Maker Protocol will continue to work as it does today once the migration to Proof of Stake is done. Vaults, Dai, Oracles, all the smart contracts that Oasis.app uses will work in the same manner. The Merge only affects the consensus mechanism of the Ethereum Network, and as such all the smart contracts and Dapps are unaffected.

It means that, as a user, you don’t have to take any specific action to keep your Maker Vault up and running or to hold your Dai.

The Merge is a massive and long awaited upgrade, and some users have voiced concern about potential forks or technical risks such as bugs during the transition. We expect things to go according to plan because the testing of the Merge has been quite extensive, but we will monitor the upgrade as it happens to ensure to the best of our possibilities that no downtime impacts you.

In the case of a fork, the Maker protocol and Oracles will work on the PoS - and won't work on the PoW chain - by default. This will remain such until there is significant community demand to do so. Oasis.app also has no plans to support the PoW (or any other) forks that may appear directly after the merge event.

Is there anything I should expect to see on Oasis.app?

It’s unlikely you will see or notice any difference when using Oasis.app after the merge. The only thing to be aware of is that just after the merge, deeper than average reorgs could appear and lead to users losing access to funds or Vaults.

Because of this, new proxy contract creations (needed for new first time users) will be paused just prior to the merge until we are confident that the risk of deep reorgs has significantly reduced in order to reduce the risk of users sending funds to the wrong proxy address.

In Maker’s Forum, where the Maker community openly discusses and proposes ideas, there is a post outlining some potential risks for those who would like to know more.
For more information, you can read this blog post by the Ethereum Foundation, where everything is explained in detail. You can also reach us in Discord to ask more questions!